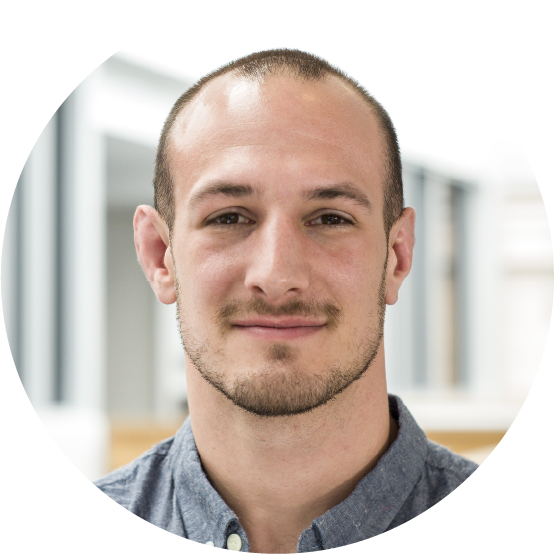 AJ grew up in Colorado and moved to the Bay Area in 2010 on a wrestling scholarship at San Francisco State University as an undergraduate. As a student- athlete, he observed that the most successful athletes were not necessarily much more physically capable than other athletes, but instead, they had an edge over the other athletes because they possessed better control over their motor skills, attention, and emotions. As someone who was taking pre-medical courses at the time, AJ became intrigued with how this phenomenon translates to people medical conditions. Rather than improved athletic performance being the end goal, he began to wonder if people within certain clinical populations, where poor cognitive control is a hallmark, could alleviate the symptoms of their disorders and to improve their quality of life by learning how to improve their cognitive control capabilities.

He began working for the Gazzaley Lab in early 2014 as a research assistant and was instantly thrilled that his personal interests aligned well with the lab’s scope. After completing his bachelor’s degree in the summer of 2015, he was brought on as a research associate. AJ plans to continue learning more about the neuroimaging techniques and mobile technology used in the Gazzaley Lab, and how we can use these tools to develop personalized cognitive training programs that can be utilized in diverse populations. He aspires for his research to contribute to the development of therapeutics that target underlying causes of various neurological and psychiatric disorders.