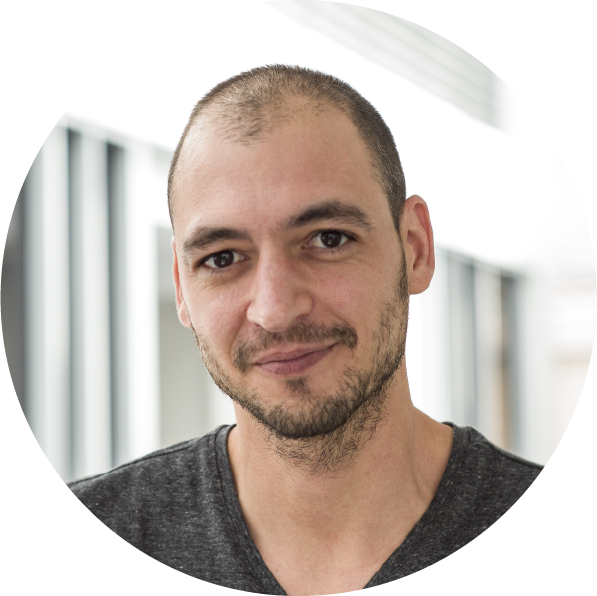 Roger Anguera was going to study biology when in the last year of high school he saw a VR headset for the first time. That changed the direction of his studies and he joined the newly created Multimedia Engineering studies at Ramon Llull University in Barcelona.

During his studies he became interested in subjects such as Human Computer Interaction, Interactive Media Installations, Sound and Image Editing, Video games and everything related to the boundaries between Art, Technology and Science.

In his previous jobs Roger Anguera worked as a developer in several programming languages, as a web project manager and analyst and as a Creative Technologist developing for exhibitions, museums and faires.

In the summer of 2013 he joined the Gazzaley lab with a private grant as a multimedia developer, helping the lab gamify some of their experiments. Since December 2013 he is a full time member of the lab in charge of interaction design, scientific imaging and video game development using a variety of technologies and gadgets in fields such as motion capture, biofeedback, virtual reality and augmented reality.